The law of Homosexuality 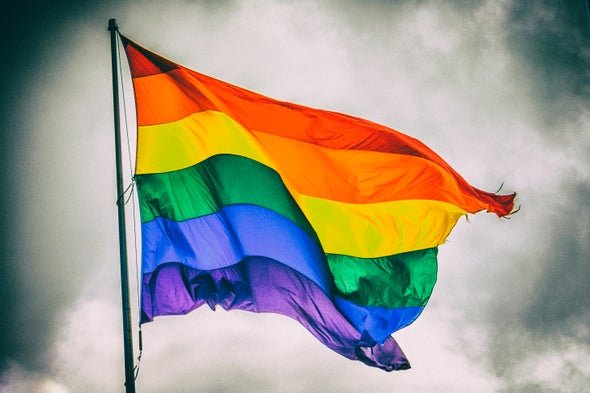 Homosexuality is a term that has been richly documented in the Indian sub continent. There have been references of it in the Rig Veda, which dates back to 1500 BC, the Kamasutra, through temple sculptures, Tantric rituals, through records of lifestyles in harems and during medieval Islamic rule. Times when homosexuality was a practice that consistently flourished in the back drop of civilizations. However with the onset in the rise of Vedic Brahmanism & the Colonial Rule such legacies began to be suppressed. In the Manusmriti there are references to horrific punishments for gay and lesbian behavior.

The Indian Penal Code is based on the British Common Law that is ingrained in the Victorian morality & the homophobic attitudes. We the inhabitants of the eastern culture had jubilantly adopted the prescribed law & till 72 hrs earlier had abided by it primarily because it did suit our mind – set. The approach being pathological rather than an expression of natural desire for intimacy, which once used to be a part of the Indian culture. The last century has witnessed dramatic changes in the understanding of homosexuality. Since 1974 homosexuality ceased to be considered ‘abnormal’ behavior and was stricken from the classification systems of mental disorders. Many countries have also de-criminalized homosexuality, India being the latest addition in the list.
In order to comprehend what inspired Indian judiciaries to amend a law that had been socially confirmed for almost more than a century, we need to understand What is Homosexuality? Whilst we delve the subject of sexual preferences it might help readers to have a realistic stance upon homosexuality.
Sexuality is man’s intrinsic nature. It is the prime energy through which man functions. It is the manifestation of his sexual energy that is evident through his immediate environment, his choice of profession; his relationships are nothing but a flowering of his sexuality. Sexuality is a life long process about learning to decide what is right for you, and learning to respect what others feel is right for them. The Indian law (whether before or after amendment in Article 377) recognizes homosexuality as an act of Anal – intercourse, that homosexuality & sodomy is the same thing. The revised section 377 is only about penetration. Sexual intimacy between women is clearly absent in the law’s view, which shows that the lawmakers never believed that such a thing exists!! Although we know that lesbian relationships are alive and well.
What this reflects, apart from bias, is a complete lack of understanding of the nature of homosexual relationships. The society we inhabit is one such strong influence of our perception on homosexuals. A homosexual is viewed as someone who is in a sexual union with the same gender devoid of any emotional attachments, affectionate desires – A pornographic animalistic psyche. Science too has had unconvincing biological explanations as to why certain people exhibit same sex preferences. Psycho-social explanations offer a variety of factors that could contribute to the development of a person’s homosexuality. A young person’s family, his environment, experiences & most of all his sense of self governs his sexual preferences. A homosexual might be our neighbor, she might be my daughter’s teacher, and he might be my Boss. She might be a woman who wears a cotton sari and a bindi visiting temple because she is as an ardent believer in god as we are.
Is not a homosexual as complete a person as u or I am? So does amending law transform homosexual’s stance in our deeply rooted monogamous society. A society where once Vaishyas were revered as a vehicle to the glorious land of Indra deva. Then how does one cope up with the amplified version of sexual dichotomy that has governed the array of Indian society. One has to probe intensely so as to be able to empathize with homosexuals. Indeed Homosexuals have won an age old war, a war against the mental & manier times emotional atrocities that have been very consciously committed by the community. But is it a time to rejoice in absolute ecstasy, for the freedom to express their preferences?
I leave for you to ponder upon certain facts raised in this article. Can a straight man be friends with a gay?